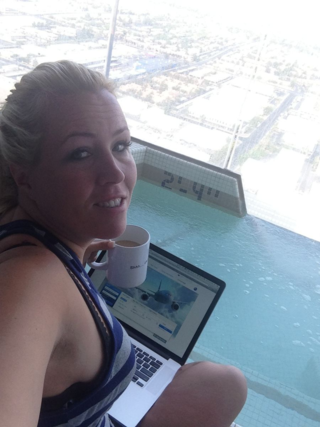 As I sit and enjoy the Vegas morning, I am happy to report that the Buddy line has not been used to report an incident this entire week. Well, perhaps I’m not so happy, I’m hoping that things are going well for all and that incidents are not occurring and just not getting reported. One of the types of issues that I am personally trying to avoid by having the buddy line is having people feel they can’t report incidents due to repercussions, this is also intended to give victims a safer avenue for reporting.

I personally had my two negative experiences at DefCon this year I wanted to let others know that it happens to everyone. Luckily for me, they were not ‘attacks’ or anything of such. One incident was at the Friday night pub crawl, and was a drunken guy who nearly put me to the ground running straight through me for no apparent reason, I was left with bruises as well as drenched with my drink (for context as to time: it was only 11pm or so). This can be chalked up to party-foul, but was still not pleasant. The other incident was Saturday night and a lot closer to the heart.  I’m not ready to really address it in pubic yet, but the TL;DR is that I was publicly minimized by a person associated with a group of people that I consider good friends.

I would not normally air those incidents, or even think that much about them until this year and trying to imagine what it is like for someone who is attending for the first or second time. Luckily I have a great support system here in Vegas and I was able to vent a bit about this already, but for those that don’t have the system… the buddy line is still up!

I love you all InfoSec community, even the jackasses. I have faith we can do better.

This site uses Akismet to reduce spam. Learn how your comment data is processed.

Let's Hear it for the Ladies: Women in Information Security

Made with in Chicago